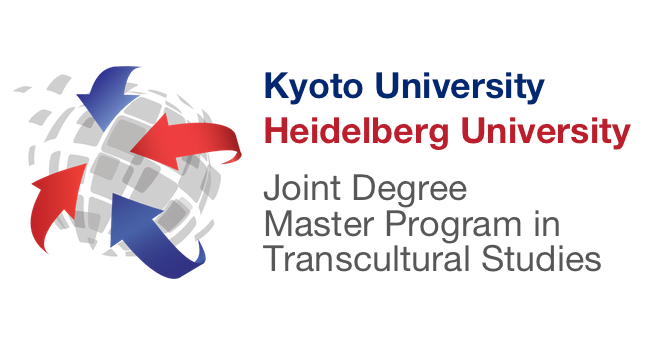 Five students of the Joint Degree Program in Transcultural Studies were awarded their Master of Arts degrees jointly by Kyoto University and Heidelberg University at the graduation ceremony on September 24, 2019 at Kyoto University.

The submitted thesis titles include “Anarchism in Japan,” “Demographic Change in Japan,” “World War Two Mobilization in Japan,” “Japanese Art and Modern Painting in China,” and “Memory and Contemporary Art in Japan,” all of which were founded on wide coverage of East Asian philosophy, society and art.

Joint degree students with Heidelberg University as their home institution stay in Heidelberg for the first year and afterwards one year at Kyoto University. Thus, the first cohort of students from Heidelberg resided in Kyoto from the third semester of the program. To complete the required credits, the program asks students with Kyoto University as their home institution to study in Japan for one semester for six months, followed by one year of study in Germany, to return to Japan again from October for the final semester. Therefore, students of this Joint Degree Program from either institution write their MA theses in Kyoto.

As the submitted theses show, students are working on various issues. To cover the wide theoretical, linguistic, and methodological terrain, three study foci are offered, all representing the disciplinary and conceptual framework on which the Transcultural Studies program rests: Namely, the focus “Knowledge, Belief and Religion” (KBR), dealing with philosophical encounters between Asia and Europe, philosophy of science and engineering; the focus “Society, Economy and Governance” (SEG) including concepts and methods of migration studies, development and agriculture studies or gender and sexuality studies on Asia; and lastly, the focus of “Visual, Media and Material Cultures” (VMC), covering art, film and digital media in East Asia and literary discourses and modernity in Asia.

To allow for a more convenient entrance system into this program, the Graduate School of Letters is reviewing its entrance examination to Transcultural Studies. We do hope many students will enroll in the program to have great transcultural, educational and academic experiences at both universities to further their academic and personal growth.